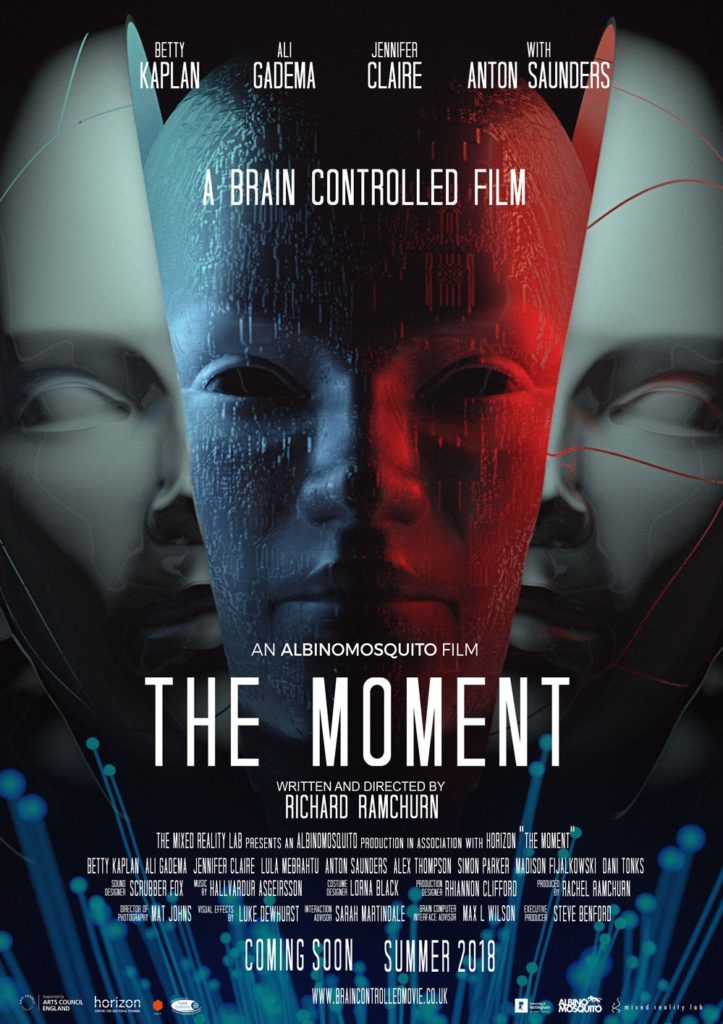 A brain-controlled movie is out in June 2018! which picks up reactions from the viewer via an electroencephalogram (EEG) headset and switches the storyline depending on their response. [1]

The film, called ‘The Moment’, has been developed by the University of Nottingham’s computer science PhD researcher and creative director Richard Ramchurn.

It is being officially launched at Sheffield Doc/Fest on June 7.

The film’s storylines sets on the cusp of the Singularity. The story explores 3 narratives in a dystopian future where brain-computer interfaces are both a source of social threat and potential revelation. The film speaks about our present relationships with each other via social media and its facilitation of rise of far right ideologies.