The DARPA’s plan to fill the “Bio-Electronic Divide” 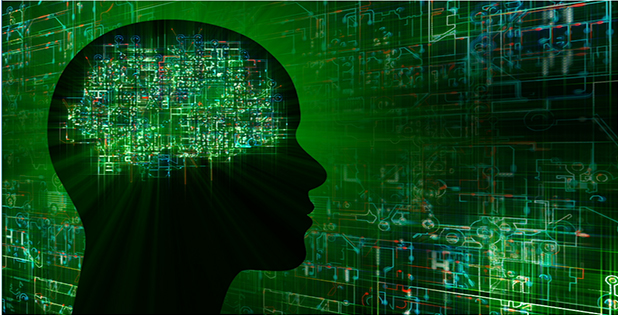 It is clear in DARPA’s mind: human brain has to be high bandwidth accessible, within the digital approach. An improved version of currently available implantable neural interfaces is required to fill the gap between the volume of data that the mind is producing and the data we can transfer for computing. This is what DARPA calls: the Bio-Electronic Divide.

Whit this goal in mind, DARPA has started the Neural Engineering System Design program. The aim of NESD is “to develop an implantable neural interface able to provide advanced signal resolution and data-transfer bandwidth between the brain and electronics“.  in other words, a faster and smaller Analog-To-Digital converter to the brain than the available ones. 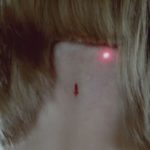 “This interface would serve as a translator, converting between the electrochemical language used by neurons in the brain and the ones and zeros that constitute the language of information technology. The goal is to achieve this communications link in a biocompatible device no larger than one cubic centimeter in size, roughly the volume of two nickels stacked back to back.”

NESD is part of a broader portfolio of programs within DARPA that support President Obama’s BRAIN initiative.

Therein, you will find that the U.S. BRAIN Initiative and its European counterpart, the Human Brain Project, are not spending multi-billions of dollars on neuroscience research simply to help people with Post Traumatic Stress Disorder and organic brain dysfunction. It is, perhaps first and foremost, a military endeavor that has wide ramifications if even 1/10th of what is being studied comes to fruition. In short, it’s more about mind control than it is about brain restoration and improvement.

Among the program’s potential applications are devices that could compensate for deficits in sight or hearing by feeding digital auditory or visual information into the brain at a resolution and experiential quality far higher than is possible with current technology.

Neural interfaces currently approved for human use squeeze a tremendous amount of information through just 100 channels, with each channel aggregating signals from tens of thousands of neurons at a time. The result is noisy and imprecise. In contrast, the NESD program aims to develop systems that can communicate clearly and individually with any of up to one million neurons in a given region of the brain.

Achieving the program’s ambitious goals and ensuring that the envisioned devices will have the potential to be practical outside of a research setting will require integrated breakthroughs across numerous disciplines including neuroscience, synthetic biology, low-power electronics, photonics, medical device packaging and manufacturing, systems engineering, and clinical testing. In addition to the program’s hardware challenges, NESD researchers will be required to develop advanced mathematical and neuro-computation techniques to first transcode high-definition sensory information between electronic and cortical neuron representations and then compress and represent those data with minimal loss of fidelity and functionality.

To accelerate that integrative process, the NESD program aims to recruit a diverse roster of leading industry stakeholders willing to offer state-of-the-art prototyping and manufacturing services and intellectual property to NESD researchers on a pre-competitive basis. In later phases of the program, these partners could help transition the resulting technologies into research and commercial application spaces.

To familiarize potential participants with the technical objectives of NESD, DARPA will host a Proposers Day meeting that runs Tuesday and Wednesday, February 2-3, 2016, in Arlington, Va. The Special Notice announcing the Proposers Day meeting is available at https://www.fbo.gov/spg/ODA/DARPA/CMO/DARPA-SN-16-16/listing.html. More details about the Industry Group that will support NESD is available at https://www.fbo.gov/spg/ODA/DARPA/CMO/DARPA-SN-16-17/listing.html. A Broad Agency Announcement describing the specific capabilities sought is available at: http://go.usa.gov/cP474.

DARPA anticipates investing up to $60 million in the NESD program over four years.