Decoding thoughts and speech neuroprosthesis at “The Amazing Brain Symposium” 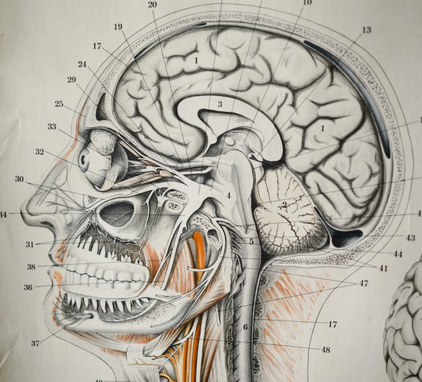 During the science week that has occurred on September the 4th-10th, 2017,at Lunds Universitet 350 anniversary, of great interest for all neuroscience lovers, Robert T. Knight, Professor of Neuroscience and Psychology at the University of California, Berkeley, USA had one lecture about “Decoding Thought from the Human Brain”:

Recording neural signals directly from the human brain has provided a new window into how we speak, think and remember. Here we review some of the neurophysiological mechanisms that support human cognition. We then discuss how this approach can be used to decode imagined speech from the cortex paving the way for the development of a speech neuroprosthesis.

Among the events of the week, a lecture about neuroweapons took place sponsored by the faculty of law. Mindholocaust.is has produced a video-recording of this lecture.

“The Dark Side of Neurotechnology: What Are Neuroweapons and Are They Lawful?” by Gregor Noll, Professor of International Law, that took place September the 5th at 16.15–18.00 in Pufendorfsalen, Juridicum, Lilla Gråbrödersgatan 3C, Lund, is available on youtube.

The abstract of the lecture:

“Neuroscience is known for its medical applications and its novel ways of treating diseases. Yet neuroscience and its technology is decisive to experimental weapons – neuroweapons – that may identify targets very rapidly. But is it really the soldier who decides on attacking and killing a person, or rather the machine? And does international law impose a limit on this development?“ 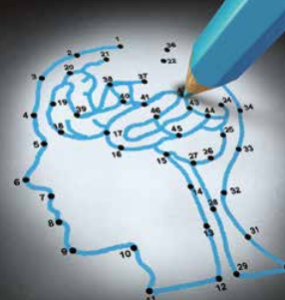 09.05–09.50 Six Myths About the Human Brain
Sir Colin Blakemore, Professor of Neuroscience & Philosophy in the School of Advanced Study, University of London, and Emeritus Professor of Neuroscience at Oxford, UK
We are all told that we only use 10% of our brains, that new nerve cells cannot be created after birth, that regeneration of the brain is impossible, that the brain is unlike any machine, that we are consciously in control of all our actions. But brain research has swept aside many of these assumptions.
The human brain is a vast biological ‘computational’ machine that is constantly changing and adapting to its input and to the demands that are placed on it. Harnessing the capacity for reorganization and repair will not only help us to maintain healthy minds into old age, but might also give us new tools to treat stroke, degenerative diseases and psychiatric disorders.
09.50 –10.35 How We Find Our Way: Brain Maps for Space
Edvard Moser, Professor of Neuroscience and Director of the Kavli Institute for Systems Neuroscience at the Norwegian University of Science and Technology in Trondheim, Norway
The medial entorhinal cortex is part of the brain’s circuit for dynamic mapping of self-location. A key component of this internal map is the grid cell, whose spatial firing fields tile environments in a periodic hexagonal pattern, like in a Chinese checkerboard. The circuit contains also other functional cell types, such as head direction cells, speed cells, and border cells, which are intermingled among the grid cells. In this lecture, I will discuss how these cell types, all within the same neural circuit, form a rich representation of local space that may help us navigate from one place to another.
11.00–11.45 Decoding Thought from the Human Brain
Robert T. Knight, Professor of Neuroscience and Psychology at the University of California, Berkeley, USA
Recording neural signals directly from the human brain has provided a new window into how we speak, think and remember. Here we review some of the neurophysiological mechanisms that support human cognition. We then discuss how this approach can be used to decode imagined speech from the
cortex paving the way for the development of a speech neuroprosthesis.
11.45–12.30 A Close Look at the Mathematician’s Brain?
Stanislas Dehaene, Professor at the Collège de France and (since 1989) director of INSERM Unit 562, “Cognitive Neuroimaging”, Paris, France
How do we do mathematics? Which brain circuits change when we learn math? Was Einstein right when he claimed that “Words and language, whether written or spoken, do not seem to play any part in my thought processes”? In this talk, we will use brain imaging methods to shed light on the origins of this
uniquely human ability: mathematics.
3.30–14.15 Sex Chromosomes, Language, Autism and the Brain. Unravelling the Mystery
Dorothy V. M. Bishop, Professor of Developmental Neuropsychology and Wellcome Trust Principal Research Fellow at the University of Oxford, UK
The sex chromosomes differ for males and females: typically, men have an X and a Y chromosome, whereas females have two X chromosomes. However, some children are born with an extra sex chromosome, leading to females with trisomy X (XXX), and males with XXY or XYY chromosomes.
In this talk I will consider how studying these children can throw light on the nature of language disorder and autism, which are far less distinct than is often assumed. 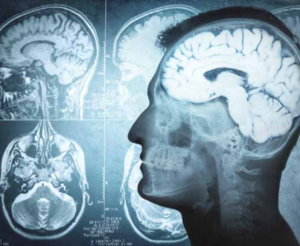 14.15–15.00 Inside the Interactive Brain
Antonia Hamilton, Reader in Social Neuroscience and leader of the Social Neuroscience group at the Institute of Cognitive Neuroscience (UCL), London, UK
People copy things all the time, but why and how? This talk explores how our brains work during social interactions and what is different in autism, with the help of some rubber ducks.
15.30–16.15 From Perception to Pleasure: the Brain Basis of Music
Robert Zatorre, Professor of Neuroscience at Montreal Neurological Institute, McGill University, Montreal, Canada
Why do we love music? How does the brain allow us to perceive and produce music? How is the brain of a musician specialized?
These inter-related questions will be addressed in this lecture which focuses on how brain imaging has been used to understand the neural basis of music, giving us insight into how and why music is so important to our species
16.15–17.00 Why Human Intelligence and the Human Brain Cannot Be Simulated or  Reproduced by Digital Computers
Miguel Nicolelis, Distinguished Professor of Neuroscience at Duke University and founder of Duke’s Center for Neuroengineering, Durham, USA
Through a combination of mathematical, computational and neurobiological, and evolutionary arguments, Dr. Nicolelis refutes the possibility that any digital computer will ever replace the human brain. He proposes a new theory of brain function drawing upon decades of neurophysiology and psychology research, which emphasizes the uniqueness of human nature and discredits predictions that the replacement of humans by machines is imminent.